Drexel's decomposers
Luis Illa, Assistant Principal
Oct 10 2019 1:00 PM
Share to FacebookShare to TwitterShare to Google+Share to LinkedInShare to PinterestShare to EmailPrint this page

Ms. Arguelles's fifth-grade class was busy conducting an experiment on decomposition. Students had to work collaboratively in small groups to investigate what would cause the balloons to inflate.

Several students commented on the experiment. Here is what they had to say:

Heidi: "Not all the balloons inflated because each ingredient was different. When it first started, I thought it was going to be like Mentos and Coke and shoot out of the bottle."

Camila: "Everything had to mix together or the balloon would not inflate. None of the ingredients could make the balloons inflate without the other."

Nataly: "Each mixture acted different, so we got different results. Yeast, sugar and water caused the balloons to inflate and I thought the bottles were going to explode!

Christian: "I was excited for the experiment. When I first saw the balloon, I thought the balloons were going to make the water bottle float in the air. When they didn't, I was a little disappointed.

All the kids came to a conclusion that this experiment was a little on the stinky side. That's decomposition! 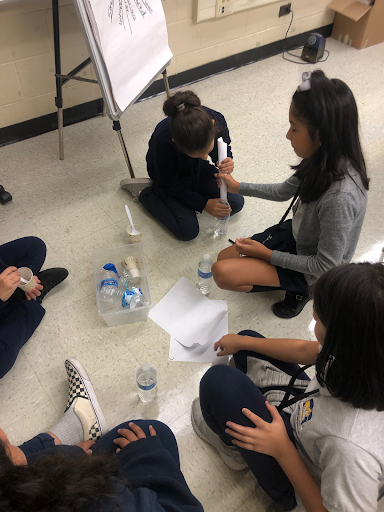 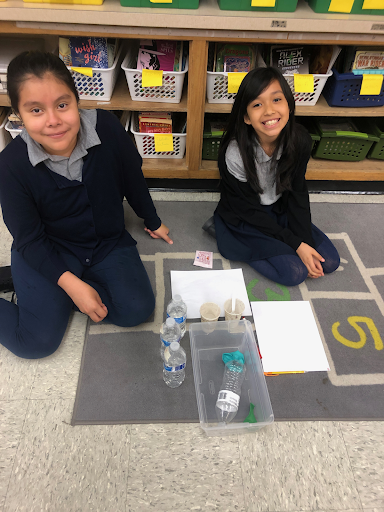 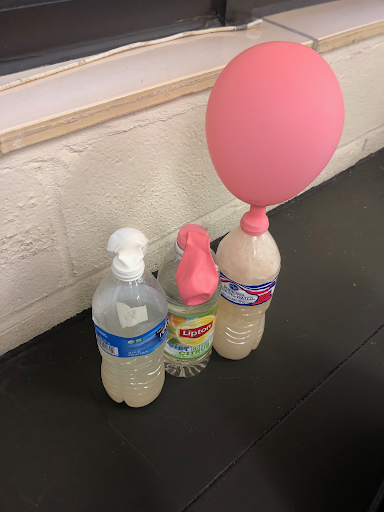